A Life in the Trenches? The Use of Operation War Diary and Crowdsourcing Methods to Provide an Understanding of the British Army’s Day-to-Day Life on the Western Front

Operation War Diary, launched in 2014, is a crowdsourcing project in which ‘Citizen Historians’ tag First World War British Army Western Front war diaries to create data for analysis. This article discusses the methodology used in the project and then analyses (for the duration of the war) data for the six original British Expeditionary Force infantry divisions (1-6) and the first two cavalry divisions (1-2) to arrive in France. It highlights uses of the data on issues such as how much time was spent at the front and/or fighting, which appears to be 47% for infantry battalions, 62% for the artillery and 20% for the cavalry. At 46%, artillery days involving some fighting were more than twice the infantry’s at 20%. The article also highlights further research questions and ways in which fuller datasets could be compiled using crowdsourcing methods. 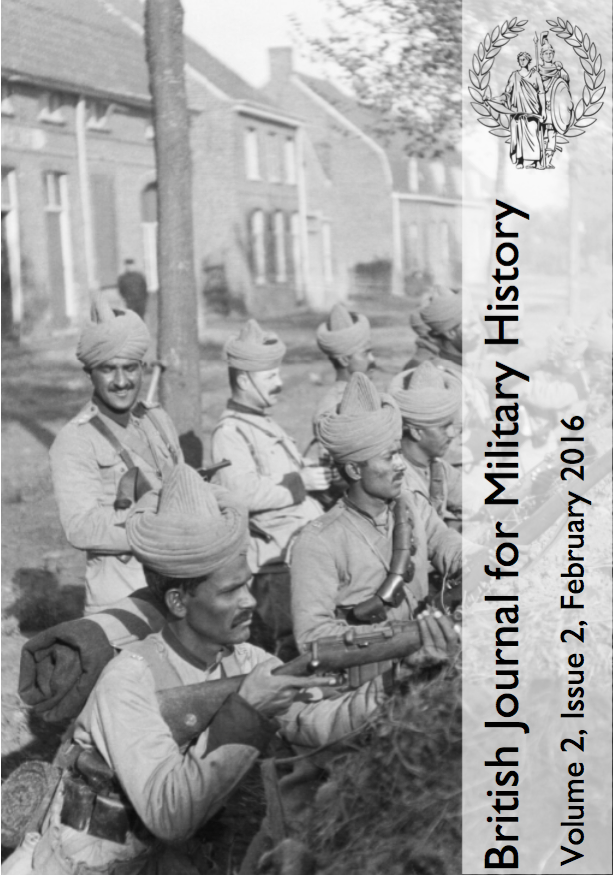 This work is licensed under a Creative Commons Attribution-NonCommercial-NoDerivatives 4.0 International License.

Our logo is based on the combination of Mars & Clio, the Roman God of War and the Greek Muse of History. It is the official logo of the BCMH.